Smells, sounds, people and places all trigger feelings that should be acknowledged and processed. There are places where the energy is palpable like airport arrival halls, Yosemite National Park or returning to the town I was born. In other places the energy needs to be stewarded, nurtured or repaired..maybe it’s been drained or sucked on by too many people or it’s been a place of suffering or pain. It’s hard to feel it without physically being there.

It can’t be experienced remotely via digital doors like Facebook, FaceTime and Skype. Digital connections build relationships and we are more compassionate and connected because of them, but physically being in the place is a different level. It’s about resonating with the frequency of the place and in turn having it resonate with you.

Carve out the time and travel. It stimulates growth in you, and in the people and places you visit.

If you are forcing it then it’s not yoga. Listen to your body

As we enter the first days of Spring, there’s an urge to make big decisions about the upcoming season. It’s anything from career, family, finances and personal growth. Before we make a big decision, we get physically and mentally fit.

When we are fit we have less stress and are more present. Our muscles and brain are oxygenated and we think more clearly. Worries and fears are less magnified and we have a good sense of what is real vs. imaginary (most of it’s imaginary, by the way).

Going for a walk, meditating, taking deep diaphragm inhales and exhales…as well as toe breathing, where we feel the inhalations inflate our toes – are fun exercises we enjoy to breath more deeply.

When fit, we find decisions emerge from a more grounded and present place.

The word of the day: NOW!

The best time to plant a tree is 10 years ago. The next best time is NOW!

When I go for a hike in new territory I take a map or consult a guide. When I’m driving to a new location I pull out my phone and turn on navigation. It makes no sense to get in the car and start driving before I have directions.

When it comes to a spiritual journey most people do the opposite. Maybe they read a book, watch a film or speak to someone who inspires them. They make a decision to investigate and explore which is awesome, but they forget to pick a guide.

If you’ve woken up and are searching for answers, the first step is realizing that having a guide will keep you on track when you lose your way. This path has already been trodden by poets and mystics – take someone’s hand and follow. If you reach out, someone will hold your hand.

Yoga is the meeting of mind and body. It’s a way of life. Being in a studio with like minded people is a powerful way to practice. But what happens when class is over and you plug back into the life’s demands and pressures?

When class is over, lie down in Savasana – lie on your back, with arms and legs are spread out like a snow angel, close your eyes and breath deeply. Relax and let your mind wander. Unchain the brain. Imagine letting a dog off the lead at the beach and watch it sprint towards the waves – your brain will react in the same way.

After a while, slowly standup and re-engage with the sights and sounds of the day. Your next moves set the tone for the rest of the day. A lot of people jump up, crumple up their mat and hurry out. I do it from time to time too when I’m distracted, anxious and am already living in the future.

Stay in the moment and set the tone with how your matt is rolled: Stand up straight after savasana, relax the shoulders and jaw. Now tighten your tummy and bum, and do a slow forward bend towards your mat. Pick it up from one end and start to roll it. It doesn’t have to be at a snail’s pace, it’s about the intention to focus, do a good job. Rolling the mat keeps you in the yoga mindset, and makes you focus on the task at hand. It gets you out of your head, stops you from checking the phone or thinking about the next thing waiting for you. It also prepares you for the next class with a nicely rolled mat and makes set up for the next class easy.

Roll up the mat after class and continue the yoga outside of the studio. 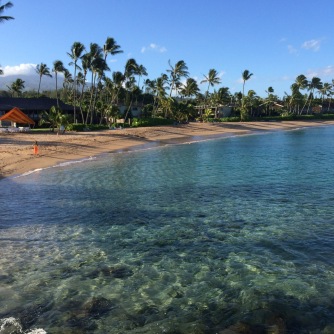 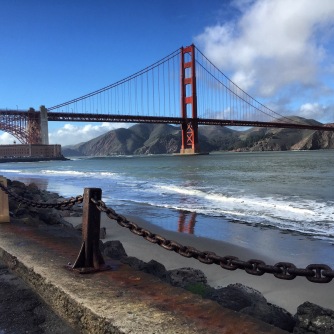 Traveling keeps me sharp, on my toes and exercises my curiosity muscle. My eyes are wide open, always looking and learning. Where’s the ferry? Where’s the train? How do I buy tickets? Where do I stand? Am I going in the correct direction? What’s the weather like this evening? Where can I swim? Where do I eat? How much does that cost? What’s that accent? Friend or foe?

Travel also makes me grateful for the every day well worn rituals of home. After the intense stimulation of the unknown, returning home is like laying on my back in Savasana and breathing in the moment.

The iPhone now has a low power mode setting. Switch it on and you disable your phone’s most higher energy features. It switches Mail from push to fetch, turns off automatic downloads and disables background app refreshes. In low power mode you get to choose where and when you expend your phone’s battery energy. It’s an underrated feature and I use it all the time, even when my battery is fully charged. Instead of calling it Low Power Mode, I call it Low Energy Suck Mode

Do the same thing with your mind and body. Activate Low Energy Suck Mode today. In this mode, you decide where and when to spend your time and energy. It turns off those coffee meet ups you should say no to and says no to people who guilt and manipulate you into giving up precious time with family and friends. Low Energy Suck Mode preserves your energy so you can decide when you choose to direct energy at someone or something. Your energy is sacred and you need protect it. When focused and at full power it’s loving and wonderful.

Activity Low Energy Suck Mode today. You’ll have more energy at the end of the day and less drag from things you don’t need. 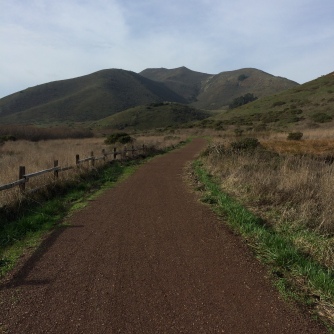 John Lennon said that life is what happens while you are busy making other plans.

Now think about Joy. Joy is something you experience when you are true to yourself in work, love and life. Joy is sipping fresh coffee with a friend, walking the dog early in the morning, building something, doing a good job for someone, hugging your kid, reading Twitter, drinking a glass of wine after a long day. Maybe you picked up a pattern there…joy is a state of mind. Joy is to be present and living in the moment.

Forget about happiness horizons and enJOY the journey now.

Teddy Roosevelt said, “The first requisite of a good citizen in this Republic of ours is that he shall be able and willing to pull his weight.” A Good Citizen properly fulfills his or her role as a citizen.

A mercenary takes part in a battle, but is not a national or a party to the conflict and is motivated to take part in the hostilities by the desire for private gain.

People, not product, will determine the success or failure of a company. You can have an excellent product and fail because you’ve assembled the wrong team. Building a business at scale is hard. It’s fraught with uncertainty, highs, lows, wins and losses. It’s an emotional roller coaster. Good citizens roll up their sleeves when there’s work to be done. They pitch up every day and are in service to each other. Mercenaries leave if it’s about anything but themselves.

The list of GC attributes I look for when building a team:

Comfortable with uncertainty and mystery. They feed off it and enjoy it

Cocky in a kind way

Pointers for spotting a GC:

They laugh at themselves

Pedigree & degrees don’t matter. It’s about what you can offer now and in the future

They have a history of execution and getting things done

They listen more than they speak

They are black belts in verbal judo. The best answer always wins the tussle

They ask for feedback, welcome it, and act on it

They have detractors. Probably a couple of bullies they’ve stood up to in the past

They are rewarded and recognized by their peers

They offer up reference checks from peers and previous investors/partners

They treat interviews like a two-way street and ask questions about the team, motivations and product

They seek you out, vs. running away from their current role or company

They have hobbies outside of work

Ad hominem is not an option

They are comfortable making decisions with incomplete data

The understand the importance of luck, timing and preparedness

So what’s the opposite of a GC?

In my experience it’s the Mercenary. The are seductive, because they get things done, but don’t be fooled – when the going gets tough and it’s time to contribute to the greater good and sacrifice something…they leave.

Attributes that pop up time and time again:

How to spot them:

They “get things done” through coercion and intimidation

They stereotype people and roles

They don’t believe in luck and good timing. It’s all about talent & A players

They are “Remember whens” – “remember when” is the lowest form of conversation. They dwell on the past, live in the world of what was instead of understanding that things change and you need to move forward. (The Sopranos Season 6, Ep 15)

They don’t listen to me

It’s them not me

I don’t have the resources

It’s not my responsibility

I inherited that problem

They wouldn’t promote me

I told them, but nobody listened

Give me people a chance to change

Everyone can change, and I’ve seen it happen many times. Sometimes Mercenaries become GCs and even inspiring presidents, but if it looks like a goat and sounds like a goat it normally is a goat.